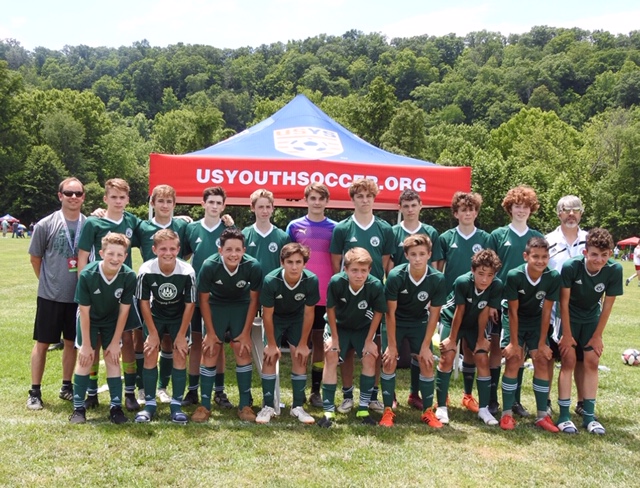 Our U15 boys exceeded all expectations during their weekend competing in regional play of the USYS Presidents Cup in Barboursville, WV.  Progressing out of their group with a record of 1 win, 2 ties, and 0 losses the Gunners faced Arlington SA (VA) in the semifinals.

Following a thrilling match against Arlington SA (VA). The two teams each scored twice in regulation to send the match to overtime. Neither team was able to find the back of the net in extra time as VE won 5-4 kicks from the mark.

In the final game to determine who goes to Nationals, the boys faced a difficult oppoent in SAC (MD).  Getting behind 2-0 didn't stop the boys from narrowing the lead to 2-1, however SAC countered during a VE offensive attack which resulted in the 3-1 final score.

Terrific weekend for the boys and we could not be prouder of these young men.